Commuting, Sustainability and the Reporting Problem

Commuting, once accepted as an inevitable part of daily life, is being rethought, reimagined or done away with entirely. For roughly the past hundred years, most workers considered commuting something to put up with in order to remain gainfully employed. Now, heavily influenced by the pandemic and new hybrid working models, many people are questioning the need for a daily commute, as well as the methods and travel modes used to get to work. For many people around the world, commuting was (and still is) synonymous with spending many hours in a privately owned or even company-sponsored car, stuck in endless traffic jams and causing avoidable pollution.

The negative sustainable implications of commuting might seem obvious to people working in the mobility industry, many of whom have been trying to combat reliance on private cars for decades. After all, if road transport is responsible for 12% of global emissions, it should go without saying that commuting is a large part of that 12%. But “going without saying” is also quite literally the problem: today, emissions and pollution caused by commuting are largely going unreported and unmeasured.

Although it’s becoming more important for companies of all sizes to report on their emissions and sustainability strategies – and it will become even more so after the implementation of EU taxonomy regulation – very few businesses are focusing on or even mentioning the emissions caused by their employees’ daily commutes. According to internal research, only 3 out of the 10 largest companies in Switzerland, for example, are reporting on emissions caused by commutes.

Measuring the impact of commuting

There are guidelines in place for measuring commuting emissions, and part of the Greenhouse Gas protocol for Scope 3 emissions includes a separate chapter on commuting. But companies aren’t obliged to report on these so-called “Scope 3” emissions, or indirect emissions caused by the services of a company and its supply chain. In contrast, they are required to report on Scope 1 and 2, which are direct emissions such as the pollution caused by factories. For many companies, Scope 3 emissions make up 90 – 95% of total emissions, which makes it quite astonishing to consider that these emissions are not mandatory to include in sustainability reports.

Companies who are interested in measuring commuting emissions and empowering their employees to act more sustainably are mostly relegated to conducting surveys. These surveys are representative and imprecise, as they don’t include new mobility modes such as shared kick-scooters or e-bikes, and they paint a purely theoretical picture of daily travel routines. Detours, shared commuting, and active mobility are not measured.

Perhaps most importantly, this does not encourage behavioral change towards sustainable commuting. While it’s important for companies to be able to measure their impact and include their total emissions in their reporting, they should be able to use that “total number” as a starting point for compensating and reducing their emissions and creating alternatives – that is, they should be able to take action based on that knowledge.

Getting to the root of the issue

So what can companies do to reduce emissions caused by commuting, besides speaking up and sharing their difficulties? A step in the right direction is to start a conversation around how employees are getting to work. The fact that switching from a fleet of company cars to public transit tickets or shared mobility services can make a positive difference, for example, should need no explanation.

One option would be a mobility budget solution such as the one we offer, which provides employees with an allowance that can be spent on a combination of mobility services. This app-based service includes functionality that lets both employer and employee track and eventually reduce their sustainable impact.
Employees naturally have a huge role to play in the process of rethinking the commute. After all, they’re the ones actually doing the commuting, and their opinions matter. It would be wise for any company looking to reduce their emissions to start by asking their employees what they need and want out of their commute. There’s a good chance they’ve already been thinking about the environmental impact of their daily travel habits.

As we continue to navigate the climate crisis in the future, companies will need clear guidelines, tools and frameworks for measuring, reducing and offsetting their emissions. Some of the world’s largest corporations produce mostly Scope 3 emissions such as those caused by the daily commuting of their workforce. As global governments enact regulation and work to create these guidelines, companies can do their part by empowering their employees to make their own choices and rethink commuting for good.

Learn how we went carbon neutral or find out more about our mobility budget. 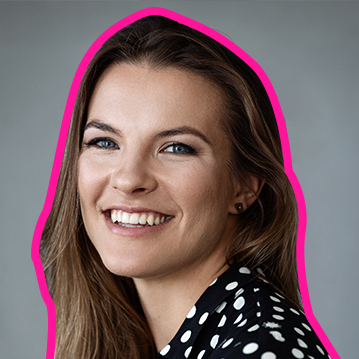